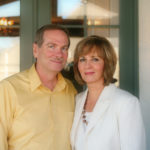 Wayne Murphey’s life has centered on publishing and preaching the Gospel. His grandfather was the founder of Faith Publishing House and his father was a minister and producer of a Christian radio broadcast and newsletter.

At a young age, Wayne gave his heart to God and had an earnest desire to pursue a relationship with the Lord. Several years later at a church convention, he made a full dedication of his life to God.

At age 21, he felt God’s call into the ministry and was mentored by veteran ministers who took an active interest in his gospel endeavors.

God has blessed Wayne with many opportunities to minister to a wide range of people. He has conducted revivals, served as an itinerant and interim minister, and been involved in missionary work in Mexico, Jamaica and the Philippines.

From 1990 to 2002, he served as president of Faith Publishing House. His duties included writing, editing and meeting publication and business deadlines.

Other involvements included membership and service in Toastmasters International, volunteer work as a Court Appointed Special Advocate for children and involvement with other organizations ministering to those in need.

Wayne’s goal in life is to share the gospel in wisdom with as many people as possible and to hear the Lord say, “Well done, thou good and faithful servant.”

In 2002, Wayne Murphey and Grace McMillan, with the help of a group of dedicated Christians, established the non-denominational congregation called Church of God Outreach. In 2016 they merged with Grace Covenant Church located at 624 W. Warner, Guthrie, OK, where regular services are now held. The new church name is God’s House Ministries. The church is providing an avenue for God’s Spirit to minister to others through regular services and associated ministries.